As part of a feasibility study, basic structural options for a multifunctional office building were to be investigated. The planned site at Terminal 2 is a triangular residual area with underground technical buildings. A building was developed that represents an optimized solution while making the greatest possible use of the site's space and maintaining a tight cost framework.

The chosen building form makes optimum use of the site and closes off the eastern end of the development along the Hugo-Eckener-Ring with a striking head building. In order to be able to use the areas in the eastern tip of the building sensibly and to provide light, multi-storey air spaces are arranged, which connect the large inner courtyard with the outside space and enable visual relationships with Terminal 2 and the Frankfurt skyline.

The open space of the atrium serves as a representative access to the building, and can be used for a variety of events. Due to the selected building depth of 16.50 m, the leasable areas can be used either as retail spaces or offices. The air spaces can be used all year round as winter gardens, representative conference rooms, free workplaces or recreation zones.

On the north-facing facade, the use of highly insulating glass is conceivable in order to reduce heat loss to a minimum in combination with the buffer effect of the atrium. In summer, an additional cooling effect of the building could be created by water surfaces within the atrium and nightly ventilation. Approximately 3,000 square meters of space are available on the roof of the building for solar energy harvesting. 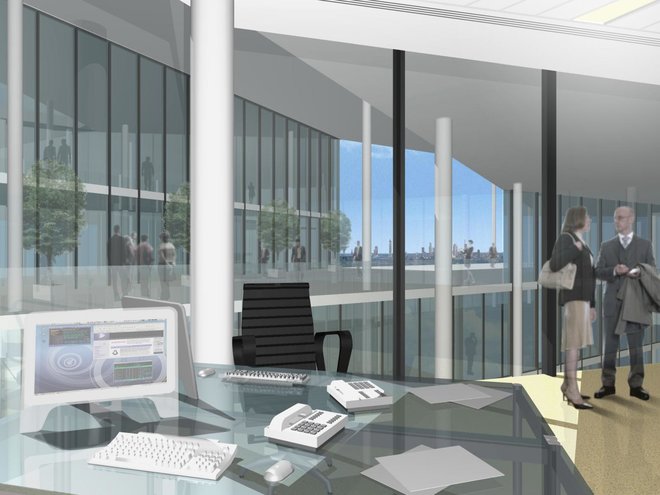 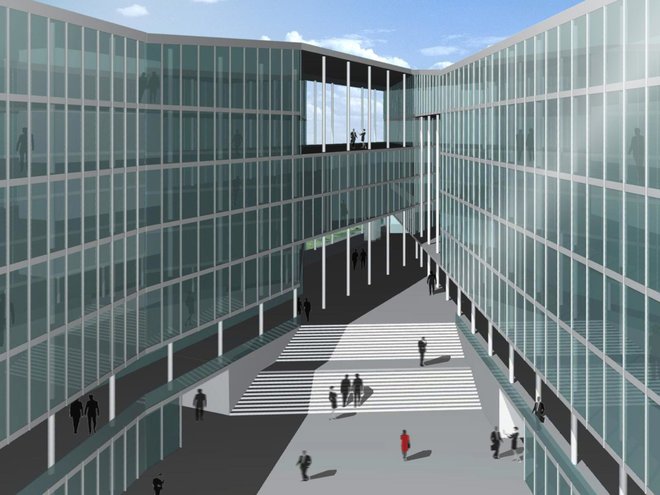 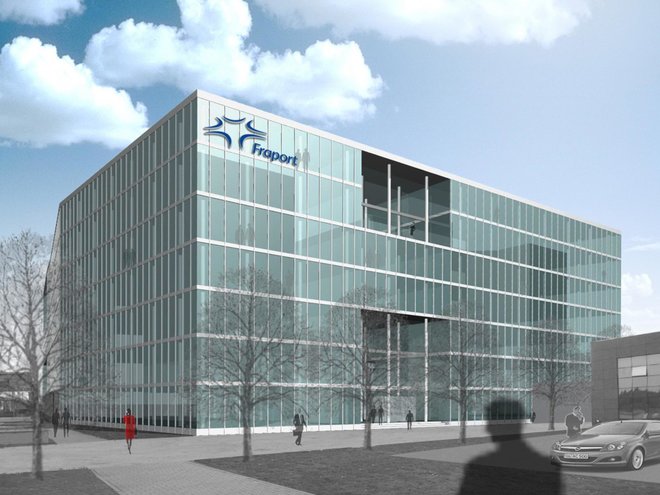