A five-story office building with underground parking dating from 1992 was gutted and modernized using state-of-the-art technology to meet the current needs of the office rental market and the requirements of the anchor tenant Deutsche Telekom.

The building consists of four self-sufficient units that are interconnected on all levels. The refurbishment was carried out in sections during ongoing office operations in a total of three construction phases, combined with corresponding relocations and interim measures. The areas housed in the building for the employee canteen and the conference center had to remain in use during the entire construction period.

At the same time, the remodeling project involved a restructuring of the tenant's working environment (new ways of working), which resulted in the implementation of a non-territorial workstation concept (desk sharing) and an associated increase in capacity from approx. 1,400 to approx. 2,200 workstations. Cellular offices with the necessary corridors have been transformed into modern working environments in which meeting zones alternate with open-space offices and lounges, creating a varied office landscape that can be used in a variety of ways.

In the course of the modernization, all foyer and access areas were also upgraded to recreational and work areas and given an appropriate design. This change of use was made possible by a new fire protection assessment of the areas and a modified escape route.

As an additional amenity for employees, several terraces were created on the grounds and on existing roof areas, offering fantastic views of the Frankfurt skyline.

The building was certified with LEED gold in 2016. 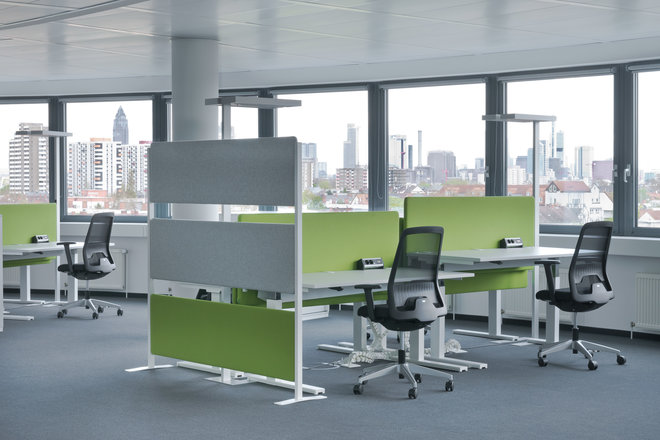 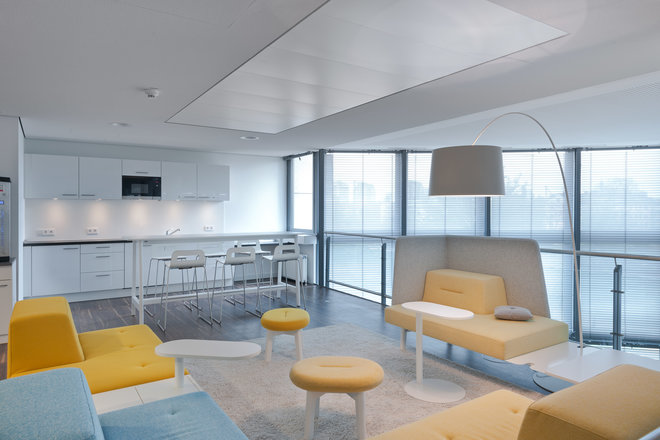 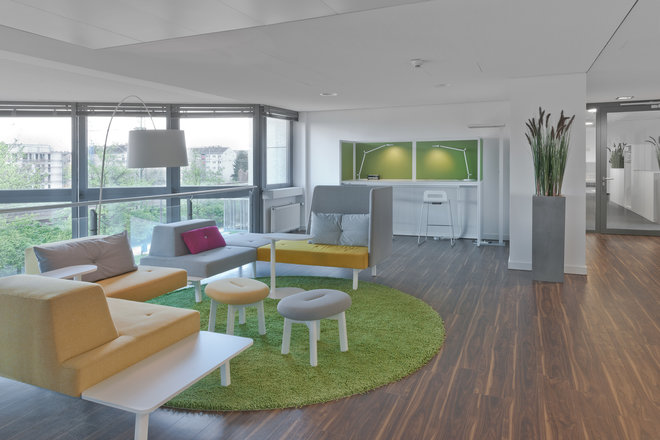 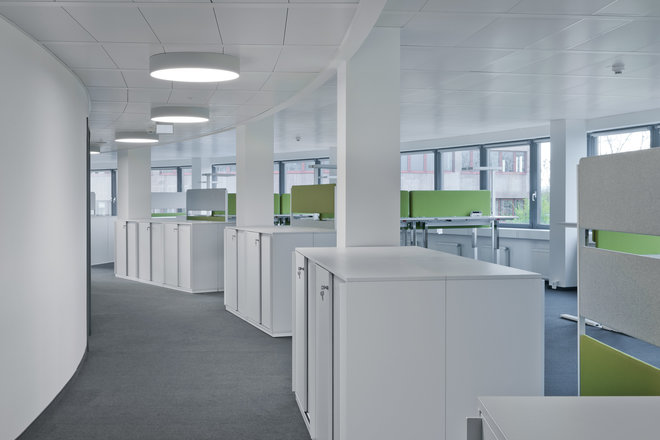 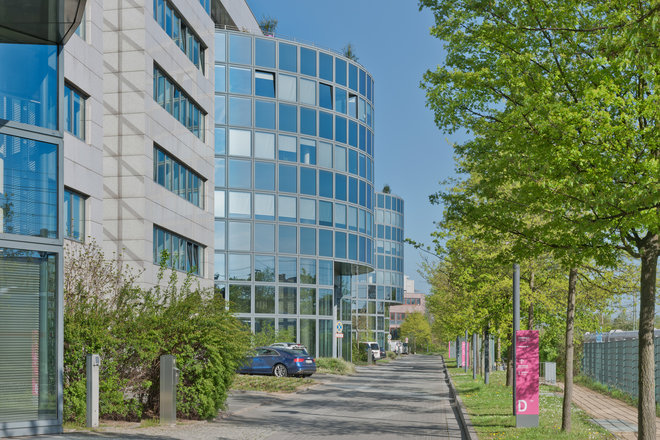 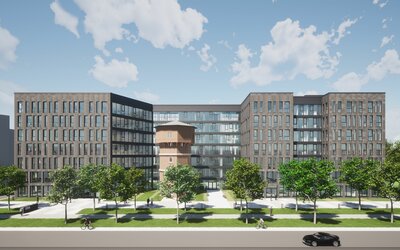 New construction of a corporate headquarters 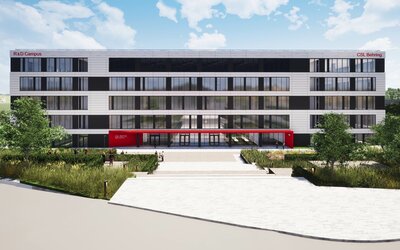 New construction of an office and laboratory building