The goal was an architecture that on the one hand optimally fulfills the kindergarten function as well as the energy-technical functions and on the other hand expresses these in the building structure and in the spatial formation. The building and the elements for saving energy, such as the photovoltaic modules, were to merge into a self-evident unit.

With the building the attempt is undertaken with optimal use of the solar energy, by generation of current and active and passive heat production, to reach a far-reaching independence from supplied energy. A so-called "island operation" was planned here.

A hall leans against a narrow, two-story solid service building, the southern end of which forms a 45° sloping surface. Three two-story "children's houses" are inserted in the southern area of the glass house. This is where the children's groups and recreation rooms are located. The remaining hall area is designed as a "greenhouse" or climate buffer and serves as an entrance and transition area for the children's houses as well as an activity area. 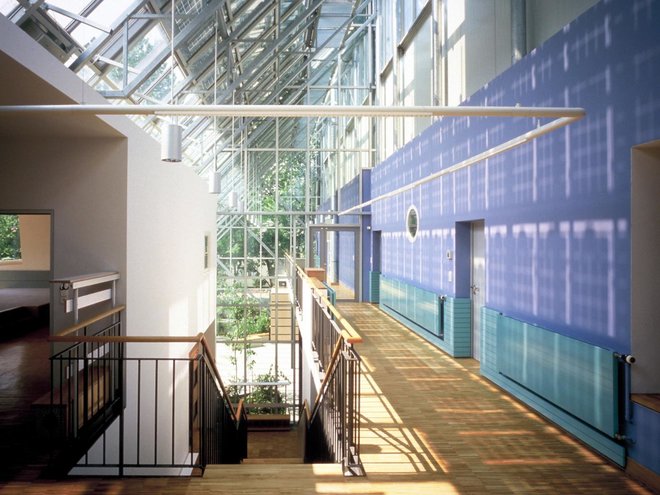 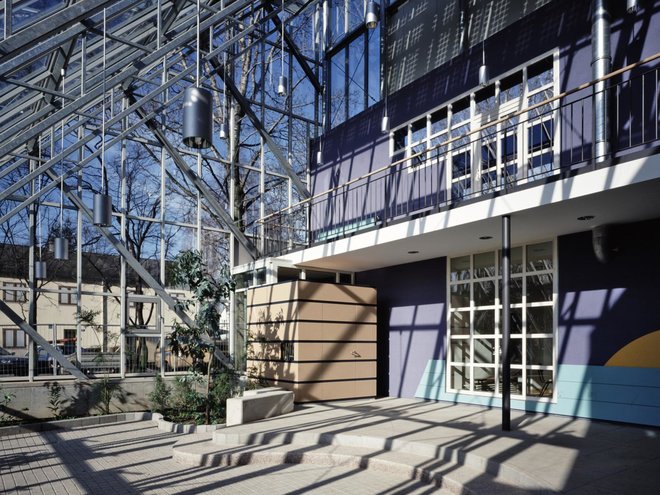 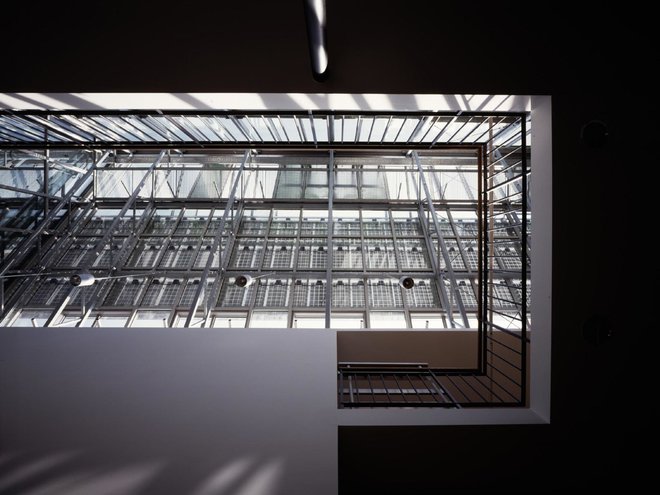 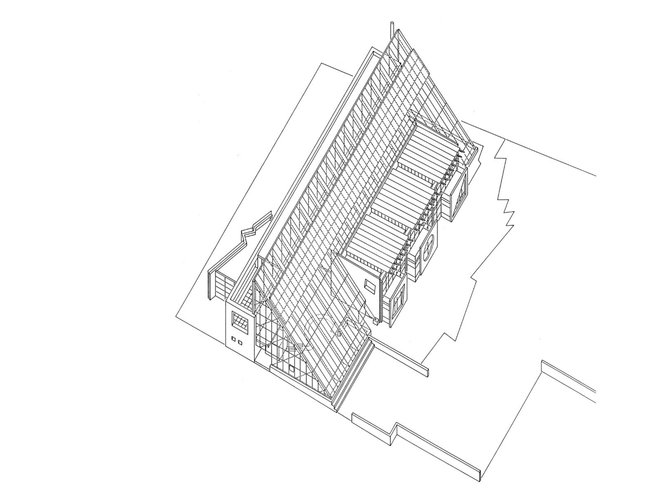