Today, the Rheingoldhalle, with an event area of approx. 10,000 sqm and a capacity of up to 5,000 visitors, is one of the most important event venues in the city of Mainz and the surrounding area. Due to its striking green and gold-colored folding roof, the venue, originally designed as a city hall, has a high recognition value and a high identification factor. Its location directly on the banks of the Rhine in the immediate vicinity of the historic building of Mainz City Hall and with a central connection to the city center makes it unique.

The original building from 1968 has been expanded and remodeled several times over the past decades, most recently in 2007 with the construction of the Gutenberg Hall and the creation of the main access via the neighboring Rathausplatz. However, the lateral additions on all four facades have severely deformed the former shape of the building.

Until 2008, the first floor of the Rheingoldhalle housed the city of Mainz's casino, which had direct access and a spatial connection to the neighboring Hilton Hotel, but was completely separated from the Rheingoldhalle. In the course of the refurbishment project, which initially focused on the comprehensive modernization of the technical building equipment, the vacant areas of the former casino were also reintegrated into the congress center and converted into meeting rooms, while the existing areas were mainly used to create spacious foyers and circulation areas.

The following areas will be planned as part of the renovation: 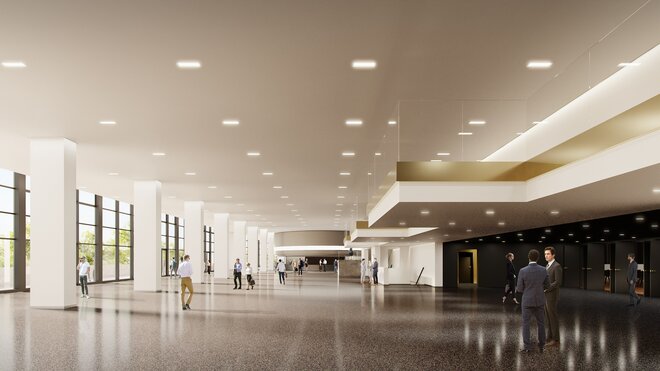 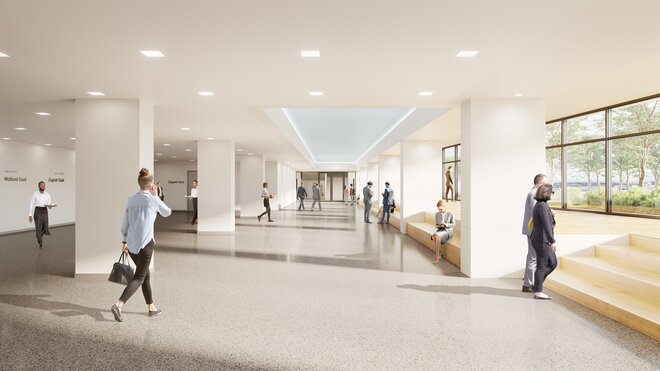 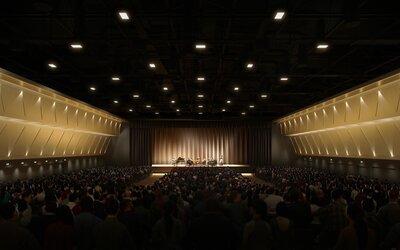